The 'Wadi Hammamat Project' website intends to provide readers with the most up to date information via publications, reports and other news since the Project's inception in 2010.  Below is a brief summary of the Project's aims, objectives and discoveries that have set a new path in terms of our understanding of the social and organisational context of ancient quarrying from the Predynastic period (4th millennium BC) into the Roman Period in Egypt (300 AD).

Current research in Near Eastern and Egyptian archaeology has frequently questioned what the linkages are between increasing social complexity, craft specialisation, and the emergence of monumentality in the formation of early states. Yet, approaching these issues through studying the archaeological record at raw material sources is still an undervalued component of such research agendas, which, in general, have concentrated on analysing the built environment (e.g. pyramids, temples, statues). Since 2010, ‘The Wadi Hammamat Project’ (directed by Dr Elizabeth Bloxam and since 2013 co-directed with Dr Ian Shaw) has been undertaking the first holistic, multi-disciplinary archaeological survey of one of Egypt’s most important sources of greywacke in the Eastern Desert. As a prized stone used largely for ornamental purposes (e.g. iconic palettes such as the Narmer Palette pictured, vessels, sarcophagi, statues) from the Predynastic (4th millennium BC) into the Roman Period (300 AD), these quarries were at the centre of large-scale resource exploitation for over 3,000 years. There is a wealth of material culture relating to this activity through settlements, workshops, roads, production evidence and quarries themselves that significantly transformed the landscape over time. These remains are complemented by an unusually rich textual and pictorial record, from rock art to monumental inscriptions, left by those who lived and worked in the quarries since prehistory.

Since 2010 the Project has been exploring and questioning the extent to which monumentality in the early Egyptian state only existed as a product of elite appropriation and control of people and raw material sources. To this end we have been establishing the time depth of quarrying, identifying any technological and organisational change, and investigating the ways in which this relates to the inscriptional record. The most significant outcome of this work to date has been discovering the previously unknown Predynastic quarries and workshops that produced some of Egypt’s earliest cultic objects (e.g. the Narmer Palette dating to early 3rd millennium BC Dynasty 0-1) relating to emerging state iconography and kingship.  Through comparative and cross-cultural approaches to interpreting this data we have enabled a reappraisal of the ways in which we understand the social interplay between local and regional kin-groups within notions of state control of these activities.  These findings have been crucial to our research aims, and are the foundations on which we continue to build, as well as initiating a conservation and site management plan to protect this increasingly fragile heritage. 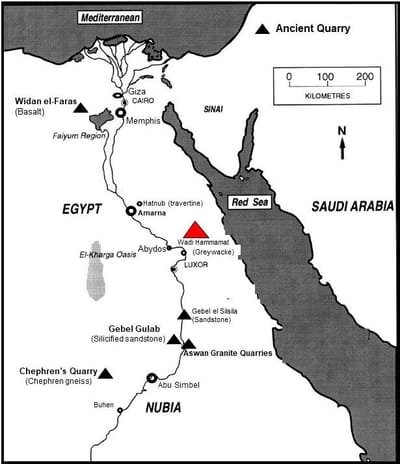 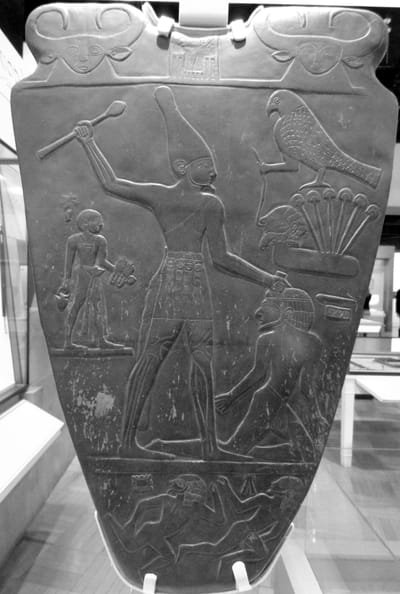